We sat in two chairs away from her desk for less formality, more like friends than associates. She’d only been my country director for four months, but she was able to see my work through volunteer committees. She also became a confidant and a protector when situations at my school escalated and I had to leave for a few days.

As the finality of my Peace Corps experience began to set in, my meeting with her as the last of my volunteer responsibilities, I rambled on about what being a volunteer meant to me. It’s true, being in the Peace Corps was not a whim decision or a chance for a two-year vacation for me. My application process alone was two years (not typical) and then there was Niger and the desire to start again. Once I made it to Lesotho and was finally a volunteer, some days were so hard that I threw myself to the ground in tears. But, in this moment, none of that mattered. Deep down, I knew being a volunteer was one of the finest things I had and will ever do. Of all the things I’ve called myself, a Peace Corps volunteer brings the most pride.

As I spoke to my country director, I felt like I was gasping for air, trying to get one more long moment out of this experience before it was over. Yes, I was ready to return to the U.S. but I wasn’t convinced that I was ready to be something other than a volunteer. It didn’t matter, though. The expiration date had come; my time was up. So she signed my papers and I became a returned volunteer.

It’s been a year since I ended my service in Lesotho, a frame of time that seems shockingly long while painfully short. I’ve been a bit anxious about this anniversary because when it hits I will no longer be newly COSed. Rather, another returned volunteer.

Much of my life is foggy from about February till June. I can’t remember what I did or said during a great chunk of this year because, as someone going through emotional pain, I blocked a lot of it out. I didn’t write much. I ran only because I thought I would burst if I didn’t. I drank probably more than I should. I ignored +266 calls. And I was self-absorb into my own misery.

Little moments set me off. An ill-fitting skirt. A found Rand in a pocket. Strangers being mean; strangers being nice. A mistake at work. A harsh comparison to someone else’s life. Honesty that could only come out three drinks in. Too much pressure on the not meant to be. I missed Lesotho, a great deal, but something stronger was blazing.

Immediately I put pressure on myself to jump the fence and start building the perfect life. I needed a great job in a great city. I needed hobbies and a raging social life. I needed a boyfriend and a darling apartment. Someone recently told me that he was surprised that I left home so soon after returning. It was good to see all those faces and be in familiar places, but I believed that I had a new life to lead and I needed to begin in it immediately. I told myself that I would land on my feet, but deep down I was terrified that I wouldn’t.

I wanted to leave again. Find myself on the side of the road, flagging down cars for a hitch, or in a forest, lost but not alone with the towering pines. I couldn’t do that, though. I needed to get back to my life, but I didn’t know what life that was.

I often felt really guilty for being so sad. I and most I loved were healthy. I was employed and had a place to live. There was no evident reason to burst into tears on the train, but I did.

My purpose was now gone. My sense of identity, alone gone. Everything I did in this new life in the U.S. seemed ridiculously small to my work in Lesotho. And I had no idea who I was or who I wanted to be.

In the midst of this transition and transformation, I moved twice. Twice I scoured for apartments and showed up on doorsteps to meet the strangers I would be living with. Twice I wandered a foreign city, wondering, doubting if I could make it home. Twice I had to start new jobs and fail over and over until I learned the system. Twice I forced myself into numerous social engagements in hopes of finding friends for after work drinks and friends for holidays and on those tough days. It was financially and emotionally draining, and I don’t think I have ever felt as lonely and lost as I have this year.

Eventually, I realized that I couldn’t run away and that this life actually is full of blessings and I just need to look for them. I started going to therapy. I finished the first draft of my book. I cut back on the drinking and consumed more vegetables. I accepted that I need heavy running mileage to reduce my anxiety. I began mentoring a young refugee girl who allows me to giggle with authenticity. I started a new job that I do love and aim to get better at each day. I found myself in a city that feels like it needs me as much as I need it. Slowly, I’ve started to find myself again. I feel normal, or close to normal. I feel like myself.

This next year will be my chance to be present and in one place. I don’t need to be stuck or restless, but I keep coming back to this idea that if I just stand still for a bit my heart will feel full again. I will be able to get to know myself again, and find that love that I desire and deserve. I will find that I am not defined by where I am, what I do or what I call myself. In all these things, and much more, I am me.

My Peace Corps service will always be apart of who I am and it will continue to impact me beyond these days, but it’s time to embrace the life that I have here. It needs me, and I it.

With that, this will be my last entry on ‘a story’. When I came home, I knew that I wanted to continue talking about my experiences in Lesotho and reflecting on certain moments, but I think it’s time now for me to close this chapter and end this blog. I will keep these entries up, but I will no longer post here. I may start another blog, but I want to keep this as a sacred space for such a beautiful, monumental piece of my life.

You have no idea how much this blog has meant to me and that I was so fortunate to have a place to post all the crazy things in my head (although, I heard that someone couldn’t read it because I was too dramatic; apparently that person has never met me) and that a few people read it. Thank you so much for reading this blog and being apart of my journey. If I could, I would give you all hugs and gold stars and chocolate. Thank you so so very much.

It’s been a wonderful journey, but it’s time to start another.

So, I kind of failed at this month of gratitude thing. I am sorry.

Gratitude seems like such an easy concept. Look at what you have and be thankful for that. You go around the table, while passing the potatoes and stuffing, say what you are thankful for.

But true gratitude is to understand that everything you have in your life is exactly what you are meant to have and that you do not need anything else. When you are honestly thankful, you do not lack and no one has more or less than you. You have enough.

This is something that I struggle with, wondering why can’t I just have a little more money, a few more friends, a person to come home to at the end of the day. When it’s time to be thankful, I can think of all of the things that I lack. I suck at being thankful.

Being thankful, though, is not a thing we should remember on the last Thursday of every November, rather something we should practice every single day. I truly believe that happiness and content is found through gratitude.

Also, I have a great job. I have a cozy apartment with a rent I can comfortably afford. I’ve made new friends in the city, but my old ones are constantly reminding me that I am loved. I am not with my family, but the distance between us feels much less great when you are in the same time zone. Plus, my mom will be here next week and I will be home at Christmas. I have good food and I am incredibly health, fit even. I honestly have everything I need.

Some days, I am truly thankful for that I have and I do not desire one additional thing. It’s all enough for the present moment. It’s not easy to always be grateful, and it’s truly a practice, but I love those moments. Remembering how blessed one is paves the path toward a full life.

So, wherever you are and whatever you are doing, be thankful. Be thankful today, tomorrow and every day. What you all, all of it, is enough.

So, um, I forgot yesterday. It’s not that I wasn’t thankful but I guess I was just tired. I should have thought about this more, though, because I woke up in one of those woe-is-me states and sort of stayed there. Lately I’ve been practicing resilience. As my therapist tells me, I can’t expect to be 100 percent free of tough emotions and hard days but I can learn to handle them in more thoughtful ways, aka, not stuffing myself full of fried food or drinking half of a bottle of wine. It’s not fun. Crappy emotions make you dig through things that hurt and in order to free yourself from them you have to accept that they are there, accept that they hurt and accept that you don’t need them.

As much as I don’t like it sometimes, I am thankful for these “problems”. I know that I can become a better person if I learn to embrace them instead of finding quick fixes.

I am also thankful for perspective. My problems are nothing compared to this man’s, yet he sings.

I am thankful for days off
I ran. I did yoga. I cooked. I wrote. I talked to an old friend. A lovely winterish day.

I am thankful for my health

For as much as I complain about my body, it’s pretty great. I’ve never been hospitalized. I’ve never gone in for a routine checkup and the worst came back. I’ve never wondered how to pay my medical bills. Sure, I’ve had a couple scares, but that’s all they were. Sometimes I am nearly in tears thinking about how lucky I am with my health. I have all my major organs and limbs. I get good grades when I visit the doctor. And health doesn’t stop me from doing anything. So, so blessed, I am. 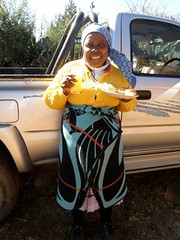 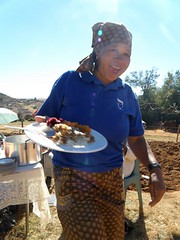 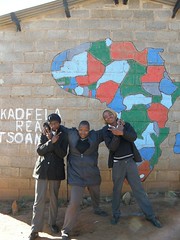 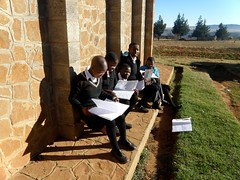 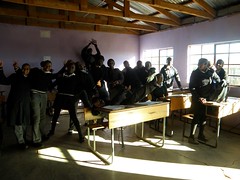 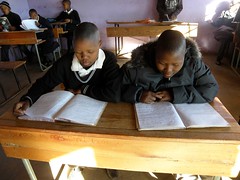 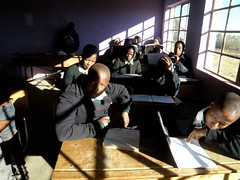 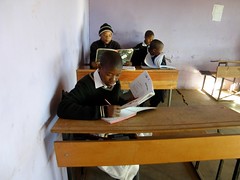 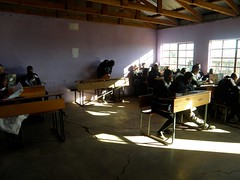 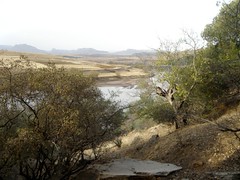